A report on a socially distanced club trip to James Hall Over Engine Mine, with photos all by Gaz McShee. Click, or tap any of the pictures for a slide show. 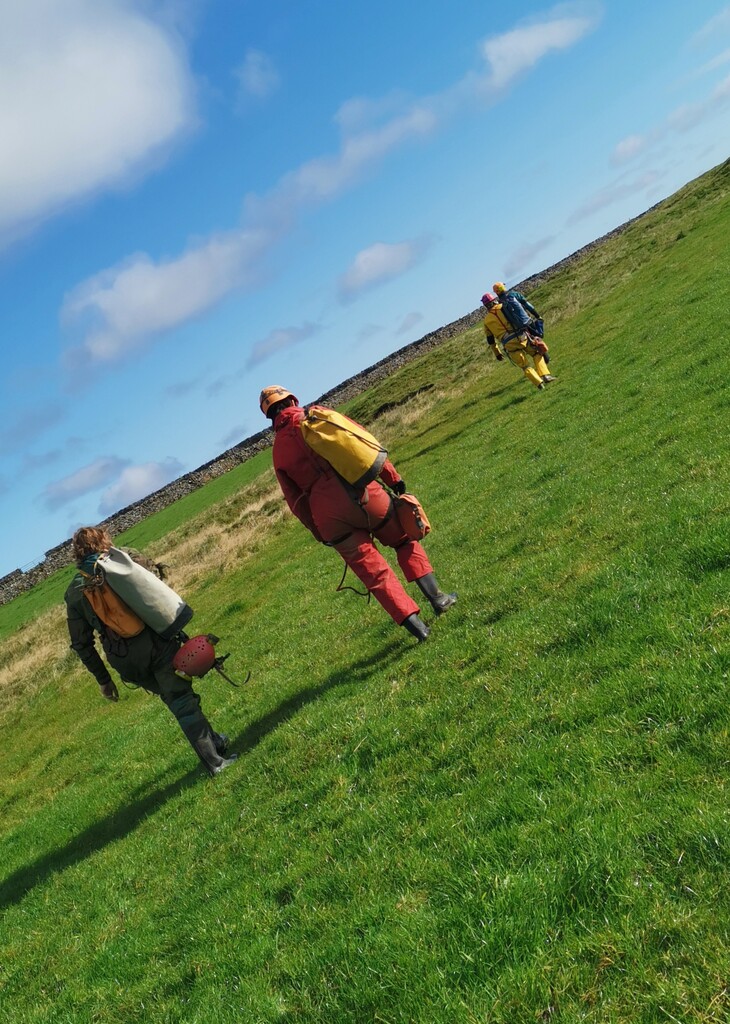 Left to right, or bottom left to top right, Jen, Ruth, Steve PA and Rob walk to the entrance

So I dropped my daughter off at work and got into Castleton for 8.15 am and was supprised to find that nowhere was open for a bacon butty. Not to be put off, I got all teckie and got Tilly's off Google, opening at 9. I had a walk round, then back to Tilly's for a sarnie and coffee, then headed up to Rowter Farm to meet up with the others. Once assembled, Jenny, Ruth, Steve, Rob and myself headed off to the lid for a run down to the workshop, sadly, but gladly, not down the mighty Leviathan. Having never been in before it was a rush to head down the first pitch, only to pass the rebelay and have to changeover and climb back up to correct my mistake. Once down we all headed along the Cart Gate, over the flooded stopes and down the, strangely named at this point, Bitch Pitch. We got to the workshop after a tussle with another set of ropes in situ that made life awkward, but gravity was kind and we had a good look round before heading back up. 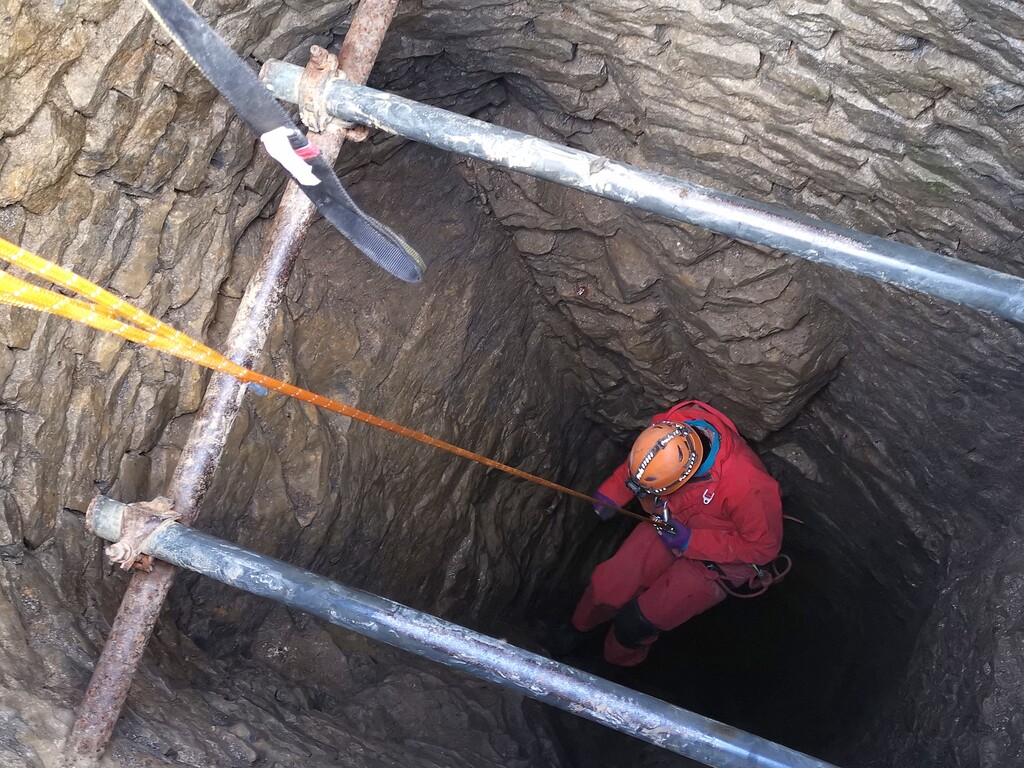 If those ropes were a 'mare going down, damn were they a bloody pain going back up and those deviations that were a dream going in were awful the other way round. The last deviation in particular was set by either Coco the clown, or a pest controller, as once you were past it you swung straight into the tightest bit of the pitch, where you couldn't get you're knee up to make progress unless you turned side on, but then you're shoulders wedged so you couldn't progress. Curse those tiny T'Owd men! 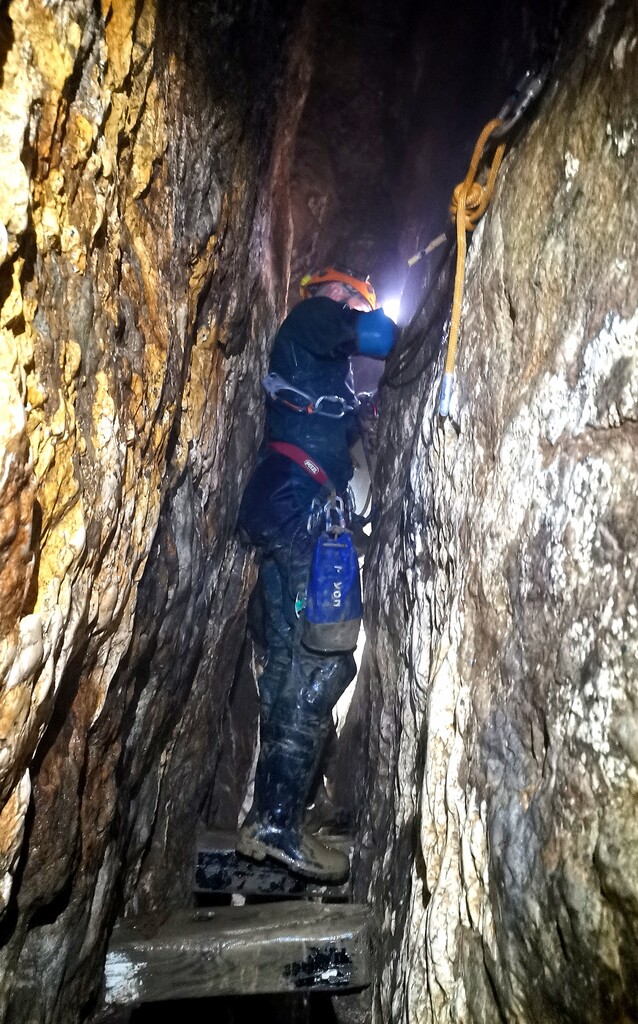 After the beasting up the Bitch Pitch to crush the spirits, the return along the low, hanging death and drowning pool filled Cart Gate only added to the energy drain for the mahoosive hauling shaft to come.

After what seemed like a lifetime, we emerged from the top to to a beautiful autumn day, looking over the amazing peak district scenery. 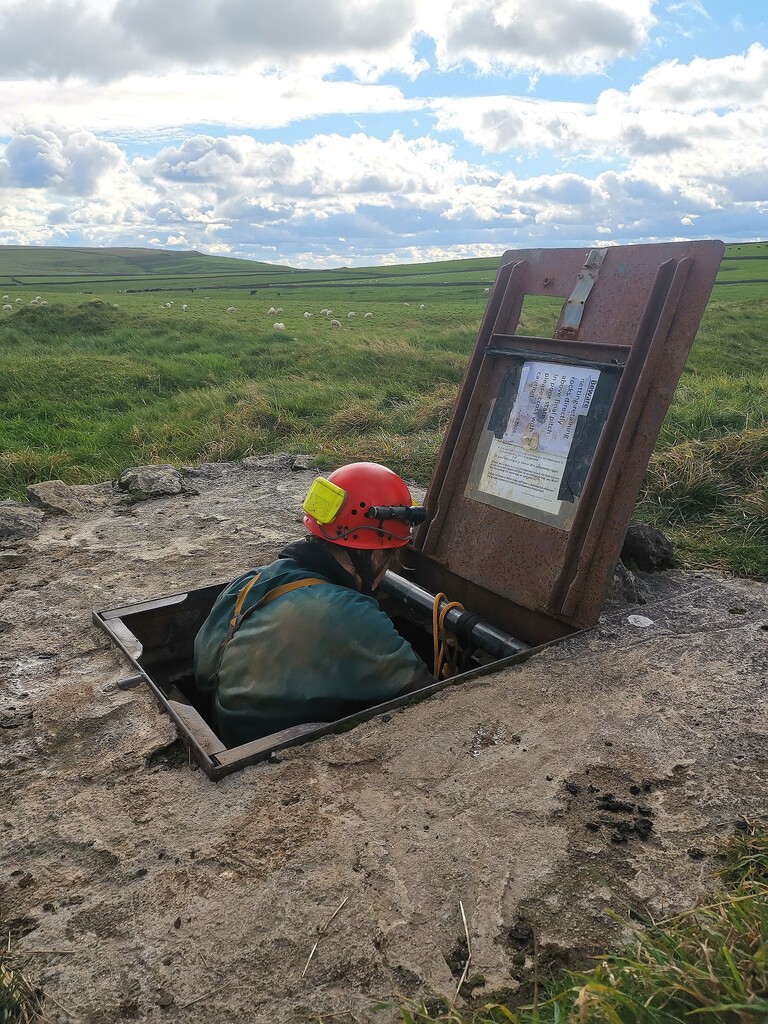 Jenny emerging from the entrance shaft.

An amazing day, with five hardcore over 50"s batting way over their odds and surviving to fight another day.

I managed a few pic's, but this was definitely an all work and no play mine, so there aren't many and they ain't so good, but those that were there will remember forever. 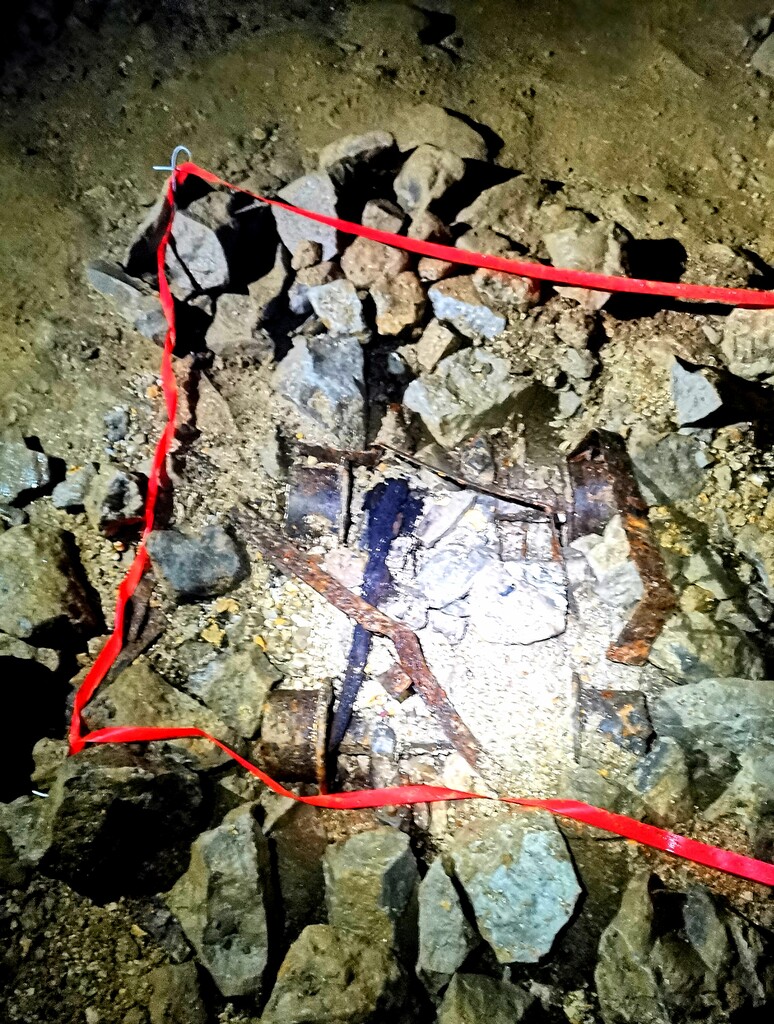 Remains of miners wagon in the Workshop between Bitch Pitch and Leviathan.