Nine members underground in this fascinating system. We met a group from CravenPC at the car park, but hardly saw them underground. Followed the guide route description at the insistence of Neil to see most of the major passages, with us underground for over four hours. Delays down to route finding as some, including the Manchester to Goydon connection is obscure. Pretty much every passage we were in obviously floods to the roof at regular intervals. Large parts of trees are distributed around the cave, sometimes rammed in to cracks in the roof many metres overhead. Proper caving with the only rope around of the knotted handline variety. The Teacup Cafe in Pateley Bridge do very good and excellent value breakfasts. Stopped off for a drink at a nearby pub before heading homewards.

Some photos from the trip by Des Kelly 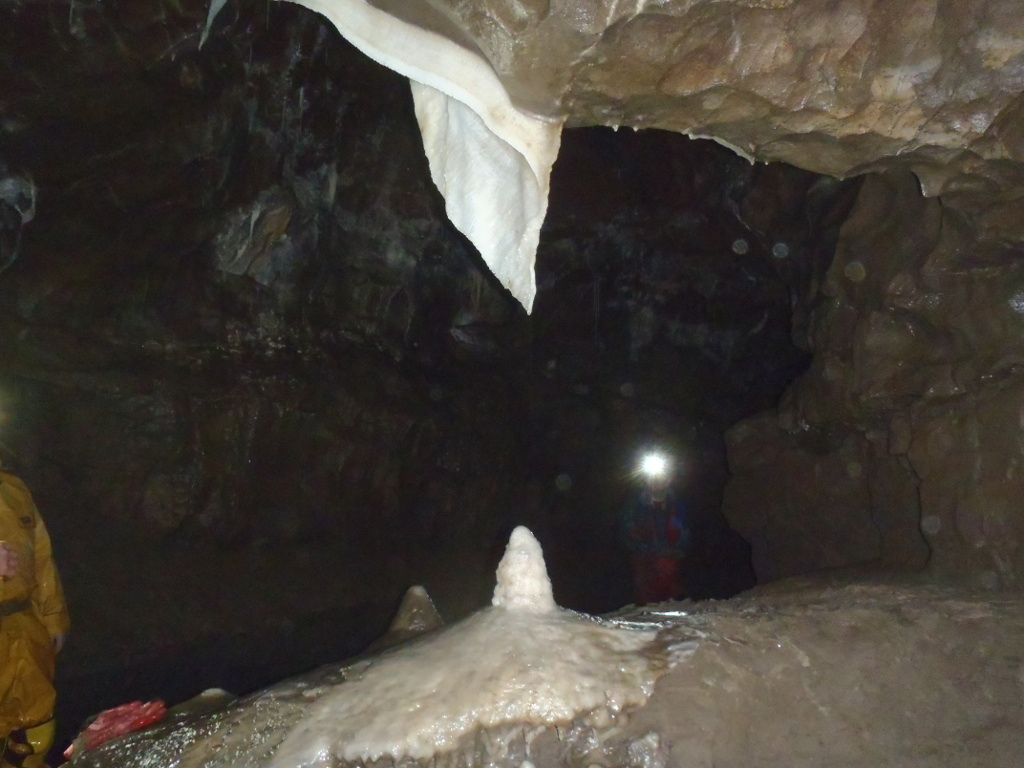