Although we are primarily a caving club, members do sometimes go up mountains. Here are some photos from various climbs over the years. Click, or tap on a picture to enlarge.

In 2010 CCPC and friends went trekking in Kyrgyzstan. Read the report in Newsletter 101 Kyrgystan supplement.

Toubkal is the highest peak in the Atlas range. We went in winter, when conditions are similar to Scottish mountain winters, despite the extra altitude. There is a full report in Newsletter 100.

In 2009 CCPC members and partners went to China on a trip organised by Matt with the aim of climbing a high peak in the Sichuan region. Closure of the area we planned to visit to foreigners meant a last minute change of location to Gansu Province and a peak called Daxue. Some team members got almost to the summit. Others languished in base camp with altitude sickness. The Trip was topped and tailed with seeing the tourist sites in and around Chengdu and Dunhuang. A report of the trip can be read in Newsletter 97. Photos from this trip are © Jenny Drake.

In 2007 the club, plus guests, visited the Alps for a week. We walked to the Dix, Vignettes and Chanrion huts, via the Pic d'Arolla and Otemma glacier. Read the trip report in Newsletter 92.

CCPC members went trekking in Ladakh, taking around a week walking from Leh up the Markha valley, before summiting Stok Kangri. Some time was spent in and around Delhi before and after the trek. A report can be read in Newsletter 84.

Four club members and one guest attempted the Haute Route from Argentière to Zermatt. Weather conditions prevented us from completing all the route. These pictures were taken with a very early digital camera, 0.7MPixels resolution which saved images to 3.5" floppy disks! It took surprisingly good pictures despite being very unsophisticated compared with current gadgets. 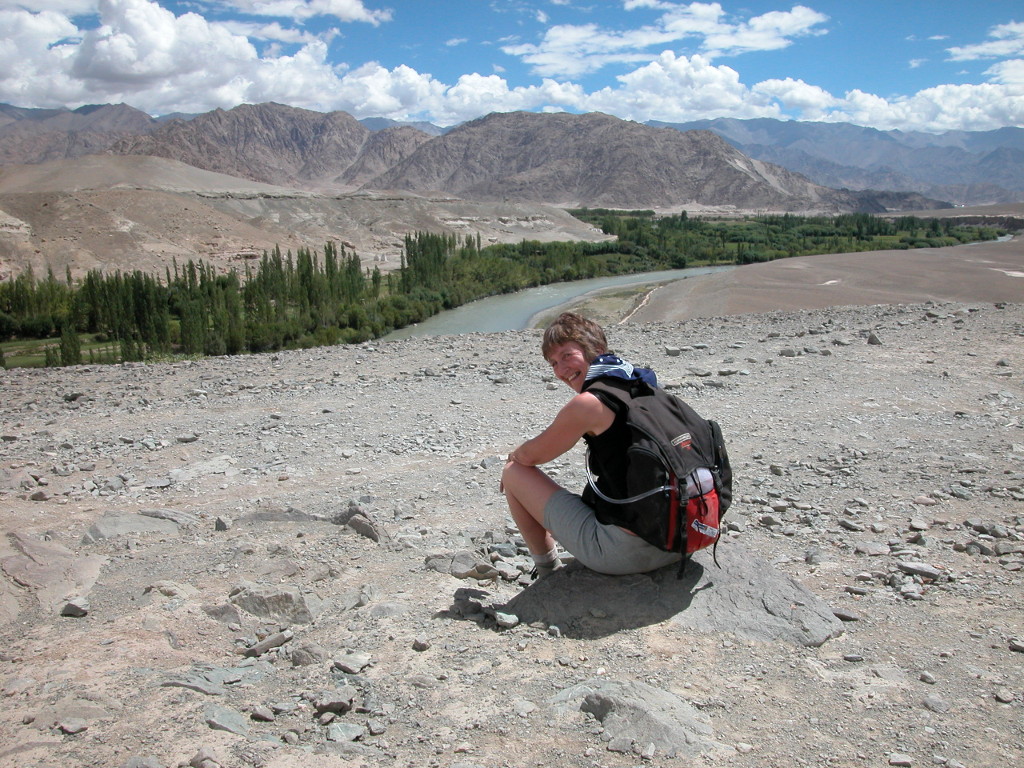